The Kerala backwaters are dying. They’re being taken over by weeds, by an invasive species: water hyacinths. As Dr. Prabhu, from Sanatana Dharma College in Alleppey, explains – there is only one way to win… 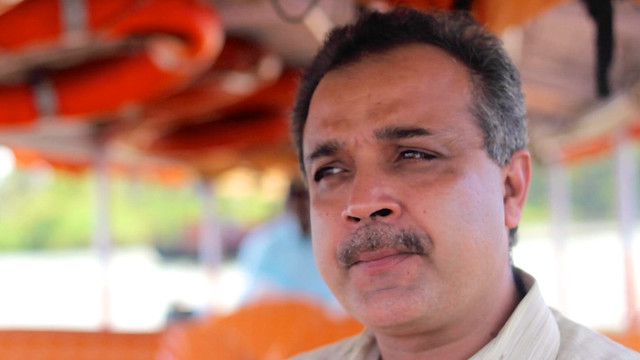 “Cockroaches or bedbugs or houseflies… My name is Dr. G. Nagendra Prabhu I teach in the Department of Zoology, Sanatana Dharma College. I use aquatic weeds, which are in abundance in these backwaters and try to find ways of utilizing them.” 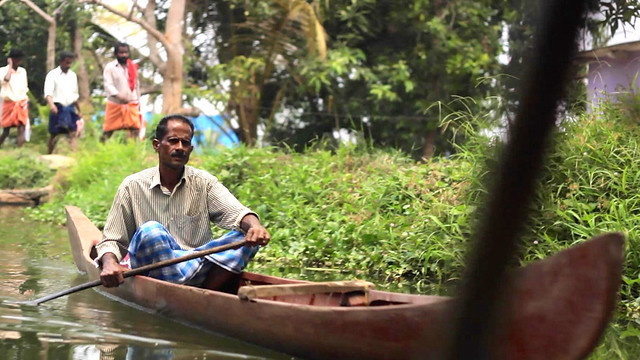 “The outside world and scientific community have already acknowledged these backwaters as a World Heritage site. And its a 900 square kilometer area. Marshy swamps, lowland areas, paddy fields, garden lands. Birds, there are migratory birds as well as normal birds. Fish, shrimps, mussels, clams – there are special clams which grow in this area. If you come in the morning, say at 11 o’clock, you will see lots of women doing their daily course. Washing clothes or washing vessels. Fishing or maybe you take a bath or something like that. What she catches will be for her lunch or for her dinner. When I was a small child, we only had country boats, and very few motorboats and no houseboats. People carry their boats, just in front of their houses. On your left will be a government jetty where people wait for government boats like a bus stop. You can see paddy being harvested and it is being taken. These are the types of original use. Now all these boats have been converted to houseboats.” 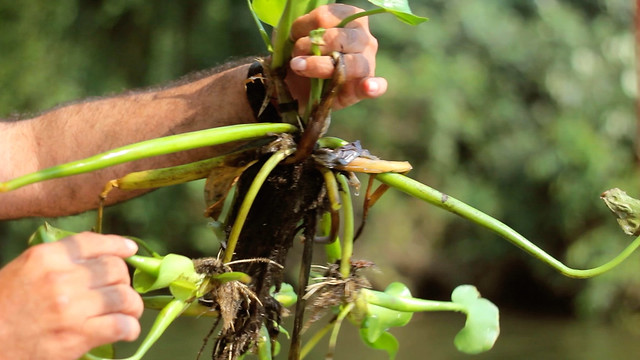 “Here it is. The main invasive species we now see is Eichhornia crassipes commonly called water hyacinth in English. These are from South America and since they had no competitors, plus the conditions were very favorable, nutrients are freely available, these weeds became a menace. The roots of some species can grow very long, like the hair of a lady. This one has lots of air bubbles in it, which helps it to float. From a mother plant you see lots of small, small plants growing. It is expected that this plant will double in a weeks time.” 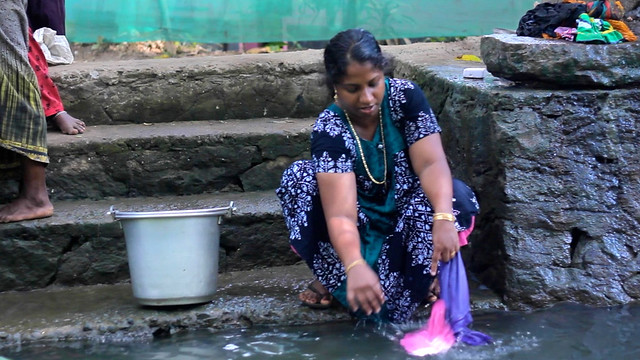 “Man has not been able to eradicate any of the species. We have tried with mosquitoes, cockroaches, bedbugs or houseflies, or anything. So the concept has to change. We have to look at these as natural resources. Stem can be used as a material for pulp. They can be used as a bedding for mushroom cultivation, as I have successfully demonstrated with different types of mushrooms.

“As a very famous saying goes: We have not inherited the world from our fathers, but borrowed this place from the next generation.”