These two beautiful women make Nepal’s traditional Dhaka fabric in a workshop behind their house. The daughter is studying to be a teacher but still weaves in her spare time after class. The father originally bought the family’s looms in India and then made the punch hole cards to generate the traditional patterns found in Dhaka cloth. 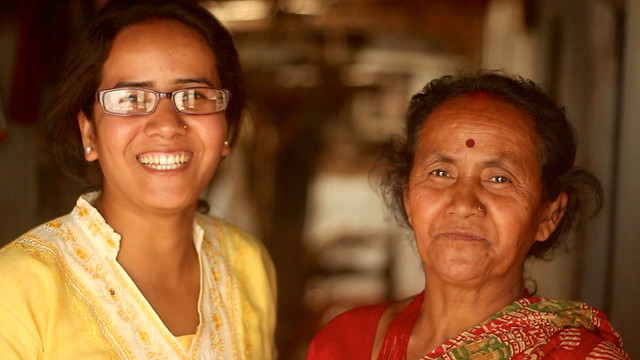 In many parts of central Nepal, women weave Dhaka fabric in their spare time. Traditionally it originates with the Limbu people of eastern Nepal, who don’t used a punch-card loom, seen here. Now-a-days Dhaka fabric is used mainly for sewing “topi”, the traditional Nepali men’s hat. It used to be more commonly used also for making men’s vests and women’s blouses (a dhaka-ko-cholo).