This “Elephant Parade” is actually called Pattambi Nercha in Palakkad district in India. It’s an annual festival for the Pattambi Mosque held in honor of the Muslim saint from Malabar: Aloor Valiya Pookunjikoya Thangal. 2014 marked the 100th anniversary and fittingly there were 100 elephants in total – in addition to countless Panchavadyam and Thayambaka (marching bands). At the end of the day (the parade is an all day event), all the elephants march into the river. 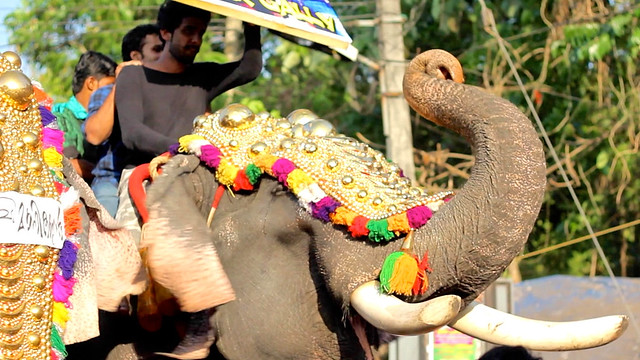