Sel Roti is Nepal’s version of a donut. It’s lightly sweet, fried and eaten with your hands. 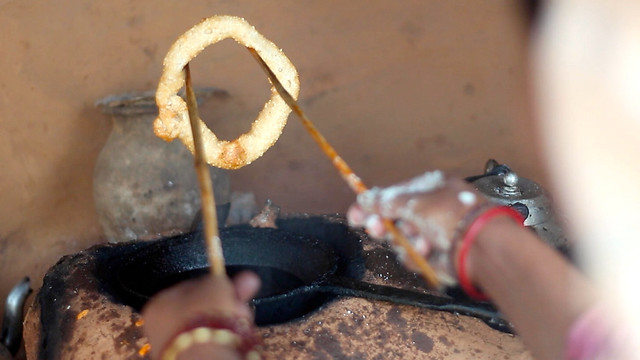 Traditionally, Roti was considered a delicacy and made for the festival of Tihar (Dipawali), during wedding parties and other ceremonies. Now it is found at every corner where fast foods (fried breads) are cooked. They’re made of rice flour with sometimes a little cardamom, cloves or bananas. 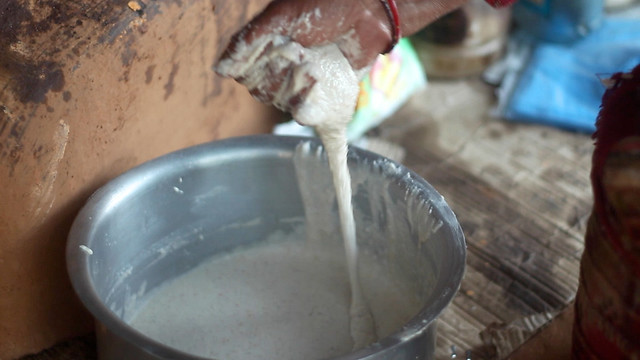 The lady in this video, located on a side street in Gorkha, made hers entirely by hand – without spoons or beaters. Usually in Nepali towns, Sel Roti is made using utensils, with a big frying pan and cooked in bulk. Then they are stored at room temperature for a couple of days. 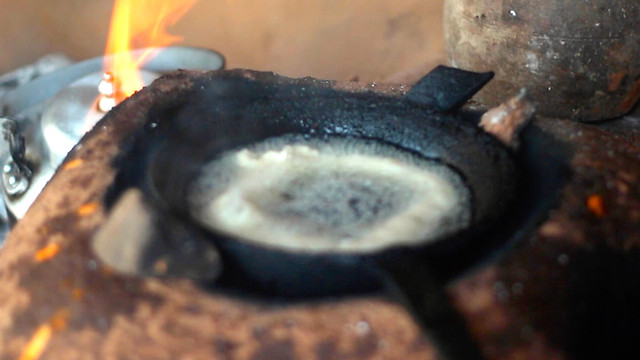