Posted by Oxlaey on Tuesday, September 8, 2015 · Leave a Comment

One day he was surfing YouTube and came across a video – a video by the Schorem barbers in the Netherlands. He watched them on YouTube and studied their techniques. Then he had an epiphany. He found himself and became an old-school barber. 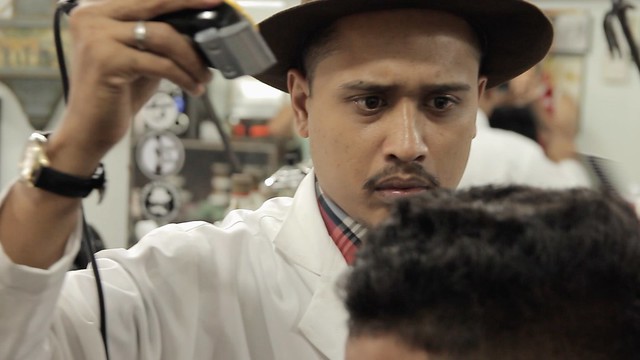 He opened a barbershop and called it Son & Dad. The concept is old-school, vintage haircuts. That’s why he decorated the shop with barber chairs from way before he was born. 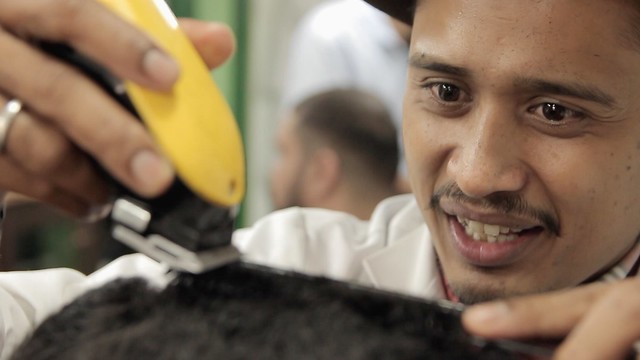 What makes his shop different from a hair salon is that Elyas and his crew they only do “cut and shave”. With their clipper machines, they can cut as close as a razor. They also use straight razors to get that edgy line.

His business is going so well that he’s already trained two people. Fazil and Faizal. 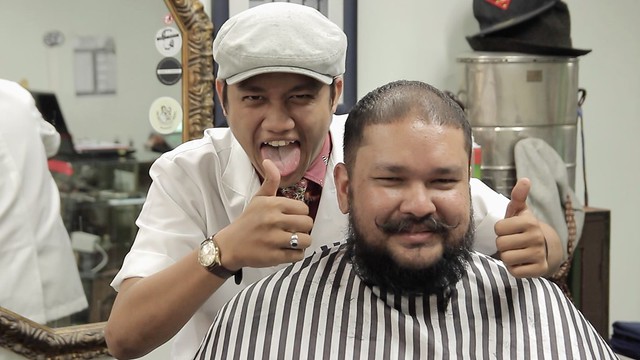 Every day after prayers Elyas calls on Allah for his blessing. His faith, family and friends have helped him every step of the way and his confidence has grown as he’s become more popular.

Someday, you might see a branch of Son & Dad shop in every state of Malaysia. Until then you can only get cut in George Town, Penang at 53A Lebuh Acheh, 10200 Georgetown, Pulau Pinang, Malaysia. 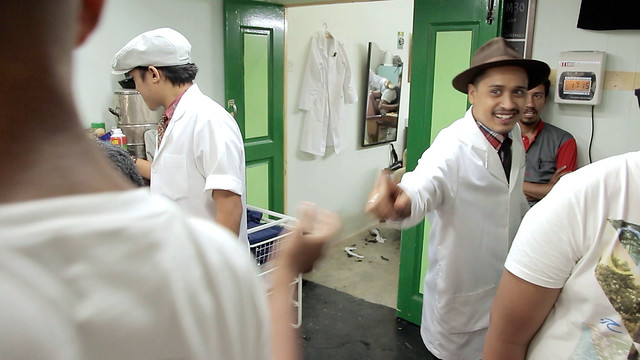