Discrimination at Mother’s Market • Throw Out the Men!

I’m a man. Men aren’t allowed at the market. Discrimination. And why? “Go away!” screeched the wrinkled, 85-year old. With “them” she means men. She means me and completely rejects my question, adding a dismissive wave of her hand to punctuate her point. Only her thin smile and twinkling eyes let me know that she was (perhaps) just kidding… and would I’d like to buy some of betel nuts to chew on?

Almost anything you need for life, you’ll find it at the Mother’s Market in Imphal, India. Raw potatoes, religious coconuts, live fish, squares of brightly colored fabric for a new sari. The one thing you won’t find here: Men!

The ‘Women Only’ Bazaar

The Mothers’ Market is quite possibly the only bazaar in the world where women legally discriminate against men. Men are allowed to shop, but otherwise they have to leave. The city even posts notices that men shouldn’t hang out at the Market, if they’ve got nothing better to do. The Mother’s Market is run and managed entirely by women. The market’s located at the heart of Imphal, a remote city in northeastern India.

The physical building itself isn’t much to look at. It has the elegance of a parking garage, open on all sides. Inside, a chill fills the air, which is why most of the women at the market are wrapped up to their chins in blankets. Only their heads peak out, topped with a sliver of sandal paste decoratively running from the top of their forehead to between their Asian-shaped eyes. The women sit perched along elevated concrete platforms stretching the length of the hall. Each woman’s goods are piled up around them. They look like small statues, goddesses resting in a shrine, with only an occasional arm emerging from underneath their shawls to beckon a customer or complete a sale 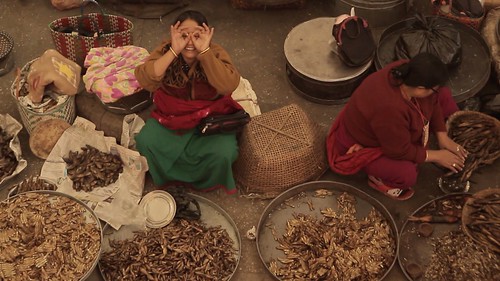 “But it’s 2016!” I said to Chitra, a female journalist from Imphal. We were interviewing some of the women. “What about equal rights? What about gender equality? Isn’t it time that discrimination against these Indian men come to an end?”

The old betel nut seller’s facial expression let me know, that this was one of the moronic questions she’d ever heard in her long, wrinkled life. “It’s not possible. This is only for women,” she said.

Hundreds of years ago, Imphal was the capital of an independent kingdom and the town’s men were drafted into the king’s royal workforce. It was this tradition, called the Llapup system, that forced the remaining women in town to take over selling at the bazaar. Generation after generation followed and the market simply became known as the “Ima Keithel” – Mothers’ Market.

Centuries later, the bazaar is still the exclusive domain for Imphal’s women. Men are emphatically shut out from working here, and there’re good reasons for the continued discrimination!

Discrimination: 4 Reasons Why Men are Not Allowed

Two chatty, neighboring vendors sit selling strings of colored beads and small squares of fabric. They’re both wrapped in beautiful shawls. “Some men touched a woman while unloading fish.” “That’s what we heard and there was lots of trouble.” “That’s why men are not allowed.” Both nod emphatically together. 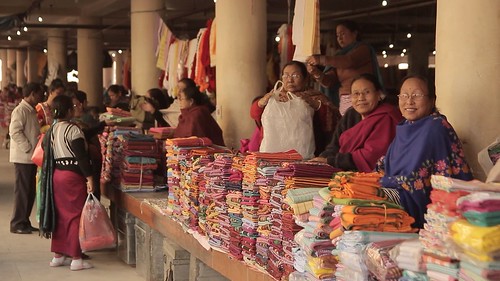 A different reason for the discrimination against men is offered up by a thin vegetable vendor, chewing on a piece of fruit. “Men aren’t allowed. How should we sit here together? I’m a woman. If a man sits too close, you know what might happen. No, it’s not morally acceptable.”

Back at the betel nut stall, a third argument: “Outside of Manipur you’ll only find men shopkeepers. Only here is there a market just for women. This is for women. Any woman can sell here. Just no men.”

Finally, one of the youngest women I speak with all day, offers up her thinking. “Its called the Mothers’ Market because of us. If men can sell here too, how will it be Mothers’ Market? So we can’t let men work here. My grandmother and mother-in-law, they made the market what it is today. If men come, the character will be lost. So we have to preserve the market’s character. By mixing, we’ll lose what makes the market unique.”

In addition to the cardinal law – No Men! – today’s Mothers’ Market is governed by a number of informal rules. Most of these have been in place as long as men have been banned. For example, women vendors aren’t free to sell just whatever they wish. According to one rule, women vendors are only allowed to sell goods which were sold They’re only permitted to sell what their predecessors sold.

Sunita Devi has been working at the Mothers’ Market for 20 years. “Ever since I’ve been here, I’ve sold the same thing. Just look.”

She squats over an old coconut. Her right foot is warmed with an ankle-high green sock with purple stripes. She grips the husk with her toes. In her left hand she steadies a chisel and in her right, she brings down a small wooden club to strip off the outer shell, blow by blow. The shelled coconuts are bought by customers to be used in religious offerings.

“Only coconuts and fruit can be sold in this area. Nothing else is allowed. This is the way it’s always been done. We’re just carrying on the tradition.”

This old traditional restrictions about what can be sold doesn’t seem to bother Sunita, but it puts other women at a disadvantage.

Jina is the mother of three – a 6th grader, a 4th grader and a toddler. Her husband is unemployed. Five years ago, she took over a stall the Mothers’ Market selling food with a group of friends.

“Previously, my aunt sold pottery here. This entire section is reserved for pottery sellers. But there’s too many – sales are down. So we turned this into a food stall. It’s not allowed, but we have to live. So we broke the rules.” 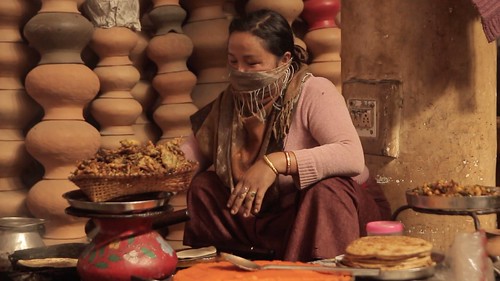 Going against the market’s informal rules, however, carries consequences. Jina’s small charcoal oven was recently stolen – a punishing message for selling food instead of pottery, as tradition dictates. She doesn’t see many other options, however.

“If they take it again today, I’ll just get another one tomorrow. If I only sell pots – how will I feed my family? Pottery is very seasonal. Kids go to school all year round. I do what’s needed to feed the family.”

Jina is in some respects lucky. She had a relative who gave her a vendor’s license. Poorer women, can’t pay for the permit to be allowed to sell inside the hall. Instead, most sell illegally, on the sidewalks surrounding the market. These women work like nomads, moving around all day from corner to corner to avoid being busted by local traffic cops. The policemen don’t levy fines. Instead, they often scatter the womens’ goods into the street with a big stick.

Back inside the Mothers’ Market, one illegal seller has managed to sneak inside. She crouches down on the floor next to a stall run by Saswati who looks at her with compasison. It also helps that the two women don’t sell the same products.

“We let her come and sell there because we feel for her as humans. She has to earn a livelihood. but she doesn’t have a permit. So its not really allowed according to the rules.”

Even a few men have recently secured a foothold into the Mothers’ Market.

“Nowadays even some men work here because women can’t do all the work. But only women can sell goods. Some men work as porters. Carrying things,” comments Vanita.

In January 2016, an earthquake with it’s epicenter in Imphal shook down another challenge to the women working at the Mothers’ Market. Because of cracks in the concrete structure, the physical market hall, some of the women vendors have had to move out. When repairs can be executed and selling can go back to normal – is anyone’s guess. 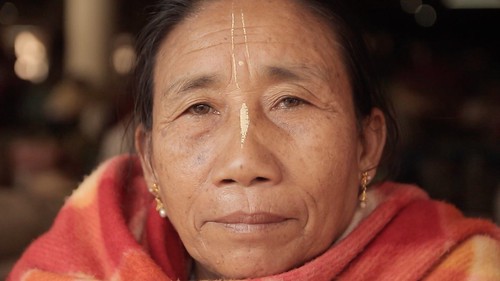 Old traditions – they seem to die out, when they cause more harm than good, when the disadvantages they cause outweigh the benefits, or when the underlying rational for the tradition’s inception fades away. Traditions end when they become obviously very stupid. Similarly the thought of reviving the Manipuri “Llalup” tradition, drafting all the men into royal work service, seems pretty silly without a king on the throne in Impahl.

Just like this the Llalup tradition, the Mothers’ Market discrimination against men – simply because of their sex – will also some day also fade away… just as soon as women can work without fear of sexual harassment, enjoy the same employment chances as men and earn equal pay as men.

But until this happens, the Mother’s Market – although its not a perfect place – it seems like an old tradition who’s time has come. Maybe there should even be more Mother’s Markets in the world today. 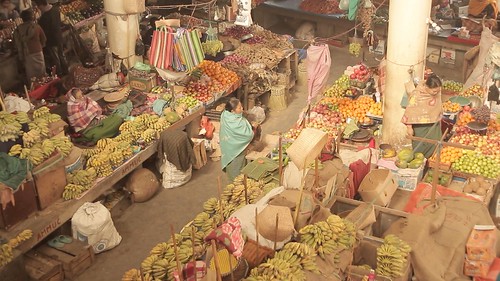 One Comment on “Discrimination at Mother’s Market • Throw Out the Men!”