Far, far away from Bangkok is Thailand’s southern-most bookstore. It’s in Satun, right on Thailand’s southern border with Malaysia. The “Low Pressure Area” cafe is a small, one room affair. There’s, of course, coffee and a comfy couch to sit and read in. The coffee shop and independent publishing house are run by a prolific Thai author, Siriworn Kaewkan, and his wife, Beer.

Siriworn is Thailand’s only major ‘southern’ author. Most of Thailand’s authors and poets describe life in Bangkok or the Buddhist-influenced countryside, Siriworn sets his work in the “Deep South”. Here, Thai Muslims live alongside Thais from a Buddhist or even Chinese cultural heritage. Satun, where Siriworn is peaceful, but next door in the three “Deep South” provences, a low level war has been fought since 2004. Very few authors in Thailand focus their writing on this armed insurgency and try to understand the conflict through fiction. 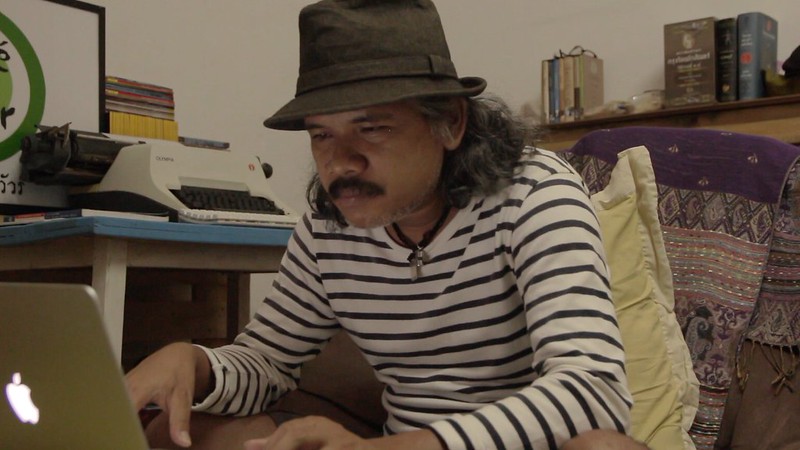 “The Murder Case of Tok Imam Storpa Karde” is the first book by Siriworn that I read (translated by Marcel Barang). It’s set in a small rural town in a Muslim majority area of Thailand’s southern most provence. A prominent Thai-Muslim in the village is found dead. Nobody knows who did it, but there are enough motivations and suspicions to fill a novella. The book isn’t so much a story than an exercise in learning about the multiple interests in town. Who profits from war and who from peace? From policemen, to detectives to villagers – in the end, Siriworn doesn’t answer, “who done it” but the reader has a better appreciation for the complexity of everyday life in Thailand’s “Deep South”.

Actually the situation in “Tanyong Baru” village is a test case which challenges the government and Thai people in the whole country. All sides must cooperate, must come to an understanding.” From The Murder Case of Tok Imam Storpa Karde

When I interviewed Siriwon, he mentions that he writes about society and politics – especially the “Deep South” conflict to try and understand what is happening there. He doesn’t seek to assign blame, but rather illuminate the problems and motivations for the conflict. Knowing who gains and who looses from the armed conflict make it easier to know how to find a solution to stop it. 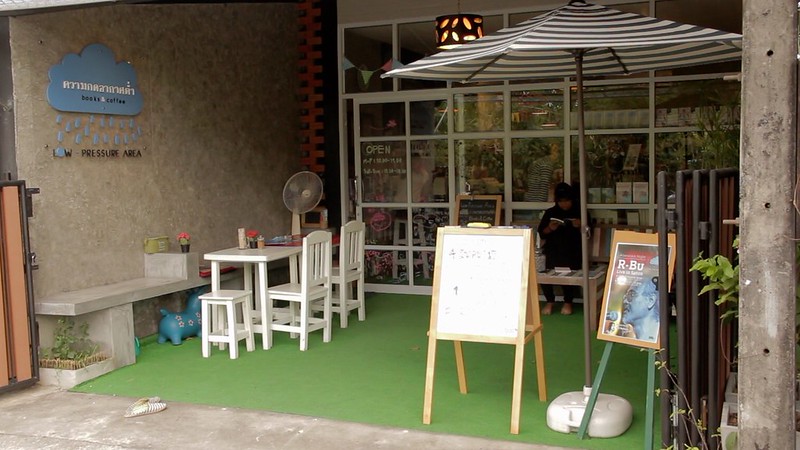 Many of Siriworn’s other books are short stories and poems. But even when he isn’t writing about Thailand’s Deep South, he seems to still be interested in conflict between people. For example, his short story set on the southern Thai island of Koh Lanta, at the time of the tsunami in 2004.

“I thought about war and conflicts in various parts of the world.” from Lanta, Carrie May and Me

Siriworn says that every place in this world needs writers, especially countries like Thailand. Of course, he points out that the government doesn’t like too many writers and thinkers speaking directly to the people. Sirikorn says, he doesn’t judge what is right or wrong but rather tries to challenge people to think anew about old problems. To shake things up.

(Across the highway from Big C) 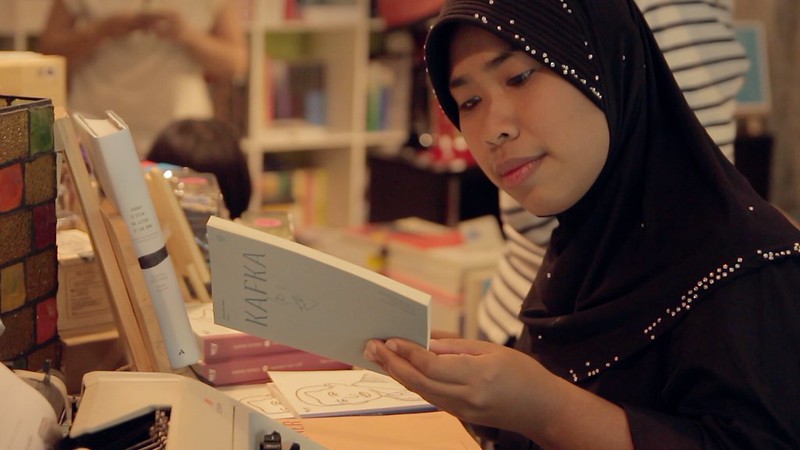