The Naga For Peace Statue in Battambang, Cambodia was designed by Mr. Ou Vaandy. He teaches art at Cambodia’s National Institute of Education in Phenom Phen.

“The teeth are made from bayonets. The Khmer Rouge would stab people to save bullets. The rest of the Naga heads were made from cut up AK-47 machine guns,” says Mr. Vanndy.

After the war, the Japanese government paid for a program to collect and destroy guns from former Khmer Rouge soldiers.

“They’d collect guns and in exchange build the village a water well or something else useful – in order to get the guns out of people’s hands.”

“An ancient hindu legend says the Khmer people descended from the Naga.”

It’s estimated that the Khmer Rouge murdered 2 million of their own Cambodian citizens – including Mr. Vanndy’s father, aunt and uncle. 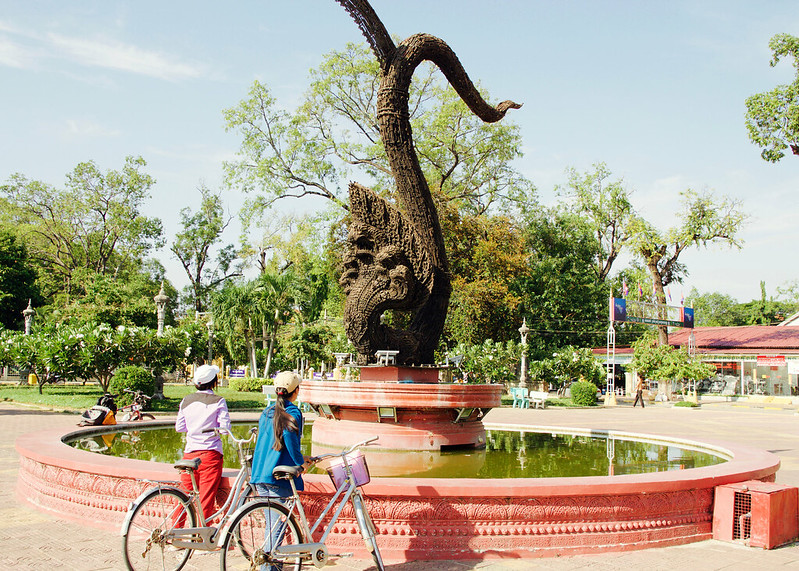