In 2017, Chris O’Connor rambled, scrambled, hiked and walked some 1000 miles. He hails from England, which has one of the most unique walking cultures in all of the world. Walking is a modern tradition. Walking for pleasure instead of necessity became a pastime in the UK during the 18th-century as people in Britain’s crowded, polluted cities looked to nature for relief. Today, walking culture in Chris’s home of England is so multifaceted that there are different terms to reflect different types of walks. There’s an aimless walk (rambling), walking in the hills (hill walking), scrambling, trekking, and other terms like the colloquial “shanking it”. 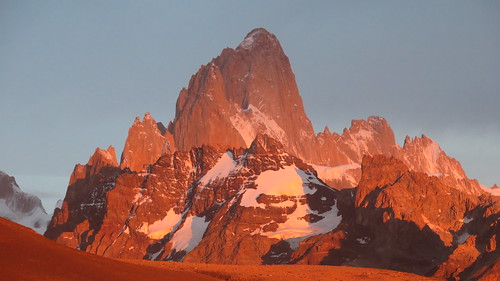 “I suppose hiking refers to walking in the mountains,” says Chris, who once spent all his free time in an English pub drinking beer. By chance one day when he was 23, he saw an advertisement for tour, a rambling trip, to Nepal. Reconnecting to nature in Nepal changed his life, and since then he’s hiked the British Isles, Argentina, Japan, and Nepal – just to name a few of his favorite destinations. “I did my first [solo] in England at the Cleveland Way, which is a very old walk and still one of my favorites. It’s along the east coast of England and has culture, scenery, history. It has everything.” The English poet William Wordsworth (1770 – 1850) helped fuel the British idea that walking was a way to connect to nature. “Let Nature be your teacher” he writes in The Tables Turned. “There is a spiritual dimension to it as well,” says Chris. “There can be discussions with God; Looking at my own life. It’s gives my life a balance. I do it for three to six months in a year.“ 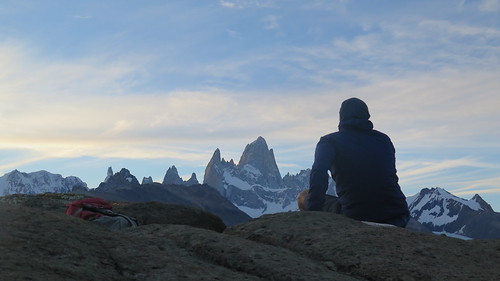 Following Wordsworth’s rambling advise to the extreme, Chris typically hikes solo. “I generally like going alone and I like staying away from people as a general rule, because it’s a distraction. Often the conversation is about topics that I don’t want to think about. I want to get completely submerged into nature as I possibly can.” Many hikers listen to music while they walk, but not Chris. “You’re listening to the sounds. I remember going to the mountains with one of my friends who was a sound engineer. I took a stereo but my friend told me, you don’t need anything. Listen to the owl in the tree and crackle in the fire. Now, I don’t ever listen to music. I even listen to the lighting.” For centuries, modern man has tried to escape from nature, not walk towards it. More people now live in cities than live in rural areas. The irony is that urban life is linked to an increase in mental disorders, which can easily be counteracted by returning to nature. A study from 2015 published in “Landscape and Urban Planning” by researchers at Stanford found that even walking (rambling works too) just briefly in green parks produced mental health benefits and improved test subjects’ memory. A walk in nature – whether it’s called “rambling” or “trekking” – seems simply to be an inseparable part of who we are as human beings. After all, our homo sapiens ancestors walked the earth for thousands of years in order to find shelter, food, or a mate. Walking in the rain, snow, and sun was a necessity of life just like eating or breathing. A full-time job, on the other hand, isn’t rooted in our DNA – nor does it appear to lead to a more fulfilled, joyful, or peaceful life for mankind. Wordsworth’s wisdom of re-connecting with nature seems to be best proven throughChris, who  hasn’t had a steady job in 25 years. 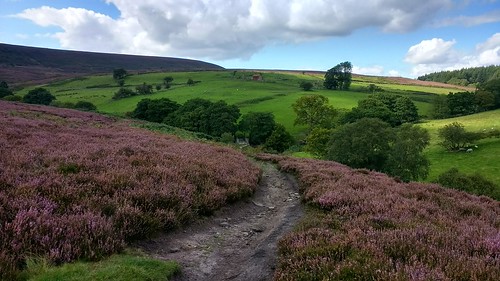 HIKING’S SPIRITUAL DIMENSION “I woke up one morning in Alaska and looked across the mountain range and surrounding wilderness. The clouds had lifted off Mount McKinley and that’s quite rare. It’s so huge compared to the other mountains and looking out I struggled to grasp the scale of this mountain and surrounding wilderness – knowing there were grizzly bears right below. The trees were cast in orange and red. The light was at a low angle so the shadows went right across the range and the mountain itself was actually pink. It was nature in it’s full glorious form. I felt a yearning that we all have deep inside of us, tapping into the evolutionary place we all come from. There was a spiritual dimension of being alone in that vastness, viewing and sensing the Creator, the God Creator of this wilderness. It was a privilege to see it.”